By Hypebeast on March 8, 2021 in Footwear, General, Style 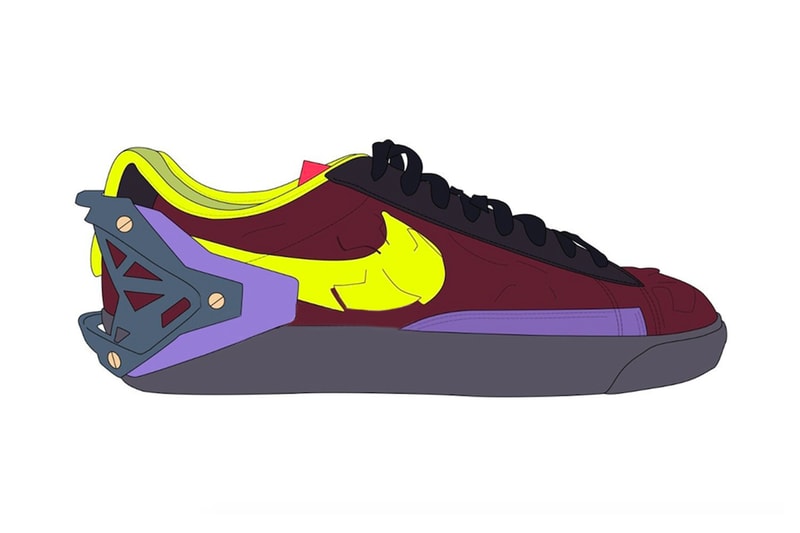 Reportedly continuing the partnership between Errolson Hugh's revered imprint and Nike, a render of the rumored upcoming release has now surfaced. The render centered around "Night Maroon/Lemon Venom/Black" is believed to represent a colorway included in a potential ACRONYM x Nike Blazer Low series. Although not much info has surfaced the Eva Unit-01 like render showcases a unique mecha-like heel detail that provides a futuristic look.