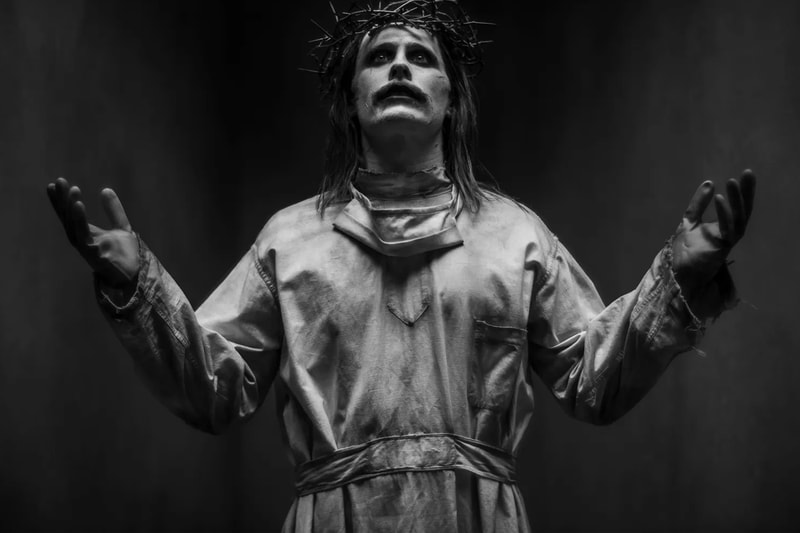 Zack Snyder has revealed the latest photo of Jared Leto as the biblical Joker in the upcoming Justice League: The Snyder Cut. The filmmaker also released never-before-seen images of Ben Affleck as Batman, Amber Heard as Mera and Ray Fisher in his motion-capture suit for the film.

The photos were shared in a recent interview Snyder had with Vanity Fair. In the interview, he discussed how the new Snyder Cut differed from the original. The newly completed visual effects and music reportedly cost Warner Bros. at least $70 million USD and, in addition to requiring more extensive post-production work, also added a slew of new characters including Leto's Joker.

Snyder also revealed the reason behind scrapping the romance between Amy Adams' Lois Lane and Ben Affleck's Bruce Wayne. He explained, "The intention was that Bruce fell in love with Lois and then realized that the only way to save the world was to bring Superman back to life. So he had this insane conflict, because Lois, of course, was still in love with Superman. We had this beautiful speech where [Bruce] said to Alfred: ‘I never had a life outside the cave. I never imagined a world for me beyond this. But this woman makes me think that if I can get this group of gods together, then my job is done. I can quit. I can stop.’ And of course that doesn’t work out for him."

The latest image of the Joker shows Jared Leto donned in a crown of thorns, striking a Jesus Christ-like pose. The photo comes from the extended Knightmare sequence where audiences will see Leto reprise his Joker role from Suicide Squad.

Take a look above at the newly revealed images of the characters for Justice League: The Snyder Cut.