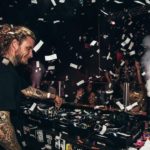 People of tomorrow, you won’t want to miss this.

In anticipation of Tomorrowland One World Radio‘s two-year anniversary, organizers have announced a weeklong birthday party featuring an intimate guest list of 50 acts. From February 15 – 21, Tiësto, MORTEN, CamelPhat, Matisse & Sadko, Gorgon City, Loud Luxury, and more will help One World Radio blow out the candles by assuming control of the Tomorrowland airwaves.

Each day, 10 DJs from the heady pool of 50 will guest on One World Radio for respective 30-minute sets, all of which will be accessible via the Tomorrowland app or Tomorrowland’s YouTube channel. The stints will subsequently be made available on Tomorrowland’s SoundCloud, with anniversary sets from EDX, Solardo, Cristoph, and Armin van Buuren, among others, already available.

Celebrate two years One World Radio this week. 50 artists will take over and bring you the Sound of Tomorrowland all week long. pic.twitter.com/Mh2wpbCSt1