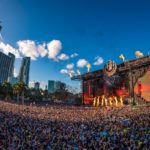 For a second consecutive year, Ultra Musical Festival will not be making their long-awaited Bayfront Park homecoming. After being the first major event to falter due to the COVID-19 pandemic, Ultra Music Festival is now following a similar pattern for 2021’s festival circuit but is reportedly holding out on a formal announcement until City of Miami officials grants them a permit for their 2022 edition.

In a letter obtained by Billboard from Ultra’s attorney to the City of Miami, dated January 21, 2022, Ultra states that the spread and uncertainty COVID-19 is forcing their second cancellation. Ultra has requested rescheduled dates for March 25, 26, 27, 2022 and that the festival’s payment contract with the city “be deemed modified to correspond with the rescheduled dates.”

This story is still developing, stay tuned for updates.