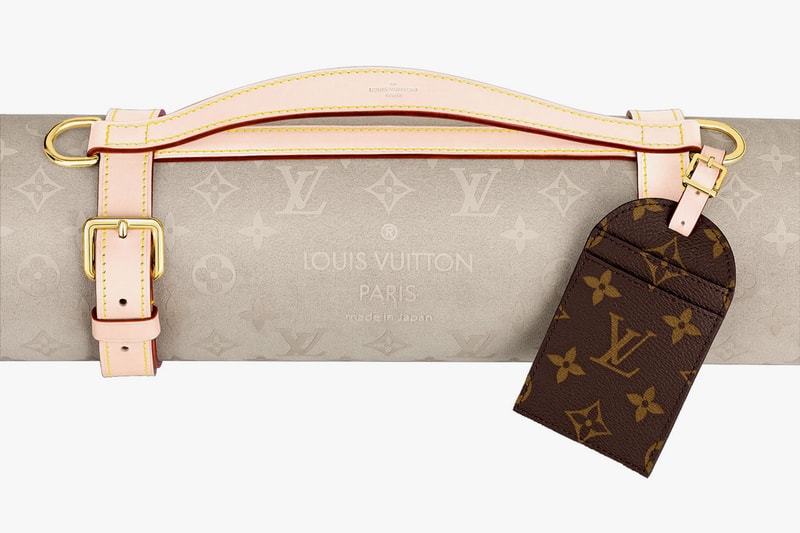 In late December, self-described Hindu statesman Rajan Zed voiced public grievance with Louis Vuitton and parent company LVMH for a "highly inappropriate" slight. Zed, the president of the Universal Society of Hinduism, took aim at an "insensitive" cowhide leather yoga mat that Louis Vuitton released over the holiday season. The luxury house may have taken Zed's criticism to heart, as the Reno-based activist has issued a press release pointing out that Louis Vuitton apparently withdrew the yoga mat.

An authority in interfaith relations who was the first Hindu to lead the American Senate's prayer, Zed's latest statement explains that recent searches on the Louis Vuitton web store for the keyworkd "yoga mat" have only turned up negative results. Indeed, Louis Vuitton's various international English language sites display "Not Avaialble" text on the yoga mat's dedicated pages, though some still encourage viewers to contact customer services or call for inquiry.

Louis Vuitton hasn't publicly addressed the issue but Zed preemptively thanked the luxury label for "understanding the concerns of Hindu community." Nevertheless, Zed and an interfaith collective that reportedly includes a Lutheran pastor, Jewish rabbi and Buddhist priest chastised Louis Vuitton for not being "better educated and equipped in religious and cultural sensitivities." Zed explains that the yoga mat is inherently insensitive to Hindus as it juxtaposed the flesh of a dead cow -- Hindus decry cattle slaughter -- with yoga, improperly clashing two sacred elements of Hinduism.

The Japanese-made yoga mat itself retailed for nearly $2,000 USD on Louis Vuitton's web ...