By Hypebeast on December 2, 2020 in Footwear, General, Style 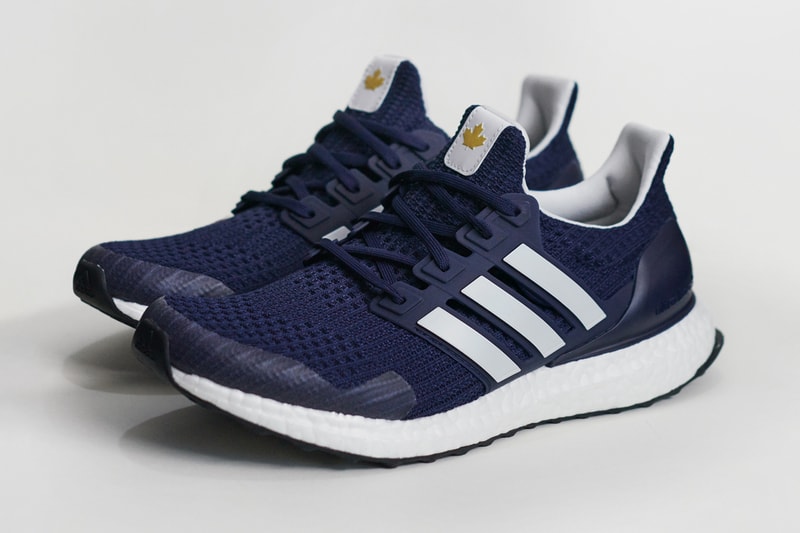 It's been 40 years since Terry Fox's Marathon of Hope inspired Canada and the world, so adidas has been celebrating Fox's bravery with multiple releases over the course of the year, the latest of which is a special UltraBOOST DNA. Before Fox embarked on his grueling east-to-west run across Canada in 1980, he sent a letter to adidas requesting a footwear sponsorship, and the brand responded with 26 pairs of the Orion — a shoe that saw a commemorative marathon-themed release in May. Since it's been four decades since the Marathon of Hope, the Trefoil is bringing some classic Orion style to the UltraBOOST DNA as it's the shoe that the late Fox would likely wear for his run today.

Much like the OG Orion, Fox's UltraBOOST is dressed in a rich navy tone. Crisp white details appear on the Three Stripe midfoot cage, around the collar lining and on the tongue badge. The last of these supplies the shoe's signature detail with a gold maple leaf hit. Heel clips are done up in navy as well, and feature gold embellishments of their own on the medial side: the left shoe reads "1980" and the right "2020." Insoles are stamped with a heartfelt "40 Years" graphic. White BOOST midsoles, navy Continental outsoles and a gold Torsion midfoot shank complete the look.

Terry Fox's Marathon of Hope adidas UltraBOOST DNA is set to release via adidas Canada on December 8 for $250 CAD (approximately $193 USD). All net proceeds will go to the Terry Fox Foundation to support cancer research.