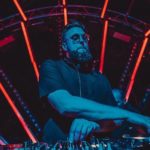 It’s simply mind-boggling that more than seven months have passed since the first-ever Digital Mirage ignited the virtual festival spree in early April. With Proximity and Brownies & Lemonade having just wrapped up a third weekend of programming, this one in commemoration of the Thanksgiving holiday, an oversized load of replay-able sets are now available to carry listeners through the near future.

Split across back-to-back days (November 27–28), Digital Mirage: Friendsgiving decisively held its own for a third consecutive go-around, including two unparalleled performances from NGHTMRE and ZHU atop the USS Hornet Navy vessel as well as Tchami and Dr. Fresch, who rented out the actual Batcave set from the iconic The Dark Knight franchise. Other notable stream highlights from the two-day digital gathering included Shallou’s mountaintop set, YehMe2‘s journey through the trap golden age, Lastlings‘ visually enthralling live tunnel set, and Louis The Child‘s exclusive Candy II DJ set, among a myriad of others.

Relive a handful of Digital Mirage: Friendsgiving sets in their entirety below.

Off-White™’s One-of-a-Kind 2.8 Jitney Handbag Will Help Fund the Musée du Louvre
Tempest 2000 Was The Rare Jag Game Worth Crankin’ The Volume For