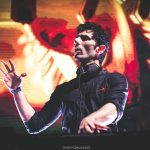 KSHMR has announced his upcoming sophomore LP along with a visual trailer and a live countdown pointing to a release date of January 15, 2021.

This is KSHMR’s first album since his 2016 release, The Lion Across The Field. The announcement follows the Dharma Worldwide label head’s recently rolled out Dreamz side project with his debut and second single titled “Casual,” and “Anywhere You Wanna Go,” alongside KARRA which dropped earlier this year.

The album’s title or tracklist features have yet to be revealed as the brief trailer offers little sound to speculate what sonic direction the renowned producer has planned for the forthcoming LP. Fans can most certainly anticipate something special as KSHMR has previously collaborated with heavyweights including Tiësto, Timmy Trumpet, R3HAB, Headhunterz, Hardwell and more.