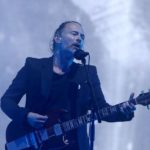 On November 16, the Discipline Committee of the Association of Professional Engineers of Ontario (PEO) held a hearing on Domenic Cugliari’s involvement in the June 16, 2012 stage collapse at Downsview Park in Toronto that claimed the life of Radiohead‘s tour technician, Scott Johnson. Cugliari, the engineer tasked with ensuring the safety of the stage, which collapsed an hour before the 40,000-capacity concert was to commence, reportedly assumed responsibility for the event during the hearing, prompting Radiohead to respond to Cugliari’s admission of guilt.

In a statement published to Instagram on November 20, Radiohead wrote,

“Mr. Cugliari has acknowledged in this hearing, his catalogue of errors and the negligence on his part that led to the stage collapse and Scott’s death. These admissions are eight years too late. If the evidence now accepted by Mr. Cugliari had been agreed at the original court case brought against him, @livenation and the contractor Optex Staging, it would have been complete in one day, with a very different outcome and some justice would have been delivered. As it is, Mr. Cugliari has now retired and is seemingly beyond any legal recrimination.”

The hearing on the collapse, which injured three in addition to killing Johnson, follows charges initially filed against Live Nation, scaffolding contractor Optex Staging, and Cugliari by the Ontario Ministry of Labor in 2013. The charges were later stayed in 2017. Read Radiohead’s full statement below.