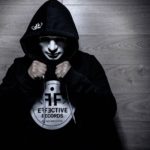 If there were to be a case study done on how social media can impact a musical career, Kazakh producer Imanbek would be the perfect subject matter. The 20-year-old has released collaborations with Usher, Afrojack, and Don Diablo in the past six months. A year and a half ago, he was working in a train station in Aksu, Kazakhstan.

It all started when Imanbek, whose full name is Imanbek Zeikenov, heard SAINt JHN’s “Roses.” The song had already been commercially available for three years, but he felt the song could use a few electronic additions. Like any bedroom music producer, he remixed it and uploaded his illegal remix to Russian social media. The upload hit the internet and everything changed for Zeikenov. The remix spread like wildfire, resulting in Imanbek signing to Russian label Effective Records. The label worked with SAINt JHN‘s management to re-release the remix in an official capacity, and the track is now only a few streams away from the one billion streams mark.

When asked how life has changed since the remix went viral, he shares, “Life changed a lot and mainly brought me confidence in taking decisions. I realized that music can be real part of my real life professionally. So, I treat music and music production very seriously. I still have a lot of fun in doing what I want and enjoy but I clearly understand that I’m doing it on top level, and I have to focus on it.”

Zeikenov is quickly proving that just because his stardom was born from social media and one hit, his artistry isn’t something to be questioned. His first remixes and releases fell sonically in line with his “Roses” remix, with a similarly popular remix for Rasster’s “Sad” gracing radio waves. ...