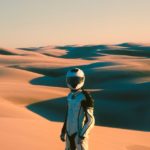 Chicago’s Ethan Snoreck, better known as Whethan, has been rapidly ascending to dance music’s top echelon since he was a mere 17 years old. After three years of gearing up for its release, his debut album, Fantasy, is finally here.

Fantasy refuses to be tied down to one single genre and combines high points of electro-house, trap, indie stylings, pop, experimental moments, and more. This interweaving of different soundscapes and sonics lends to a buoyant feeling of escapism across the LP’s lengthy 15-track run. Whethan’s genre-hopping signals to a new crop of jack-of-all-trade producers ready to carry EDM’s torch forward. Featuring Fantasy features Whethan’s favorite collaborators such as Oliver Tree, K. Flay, and The Knocks along with additional contributions from The Wombats, Grouplove, RL Grime, and many more. The record wholly encapsulates the feeling of carefree enjoyment, rightfully wearing its imaginative name on its sleeve. Whethan revved up the album on social media recently, describing the work as,

“‘Fantasy’ is getting on a spaceship and teleporting anywhere your dreams can imagine. I grew a lot while working on the album over the last 3 years and you can hear it through the different styles and feelings on each track.”

Midway through the well-rounded, sharply curated album, Whethan teams up with indie-rock icons, The Wombats, on “Clouds.” This track takes listeners on a fantastical journey, reminiscent of a drive down the coast with the windows down, wind in one’s hair. Beginning with the track’s exuberant, upbeat rhythm, the song evokes a euphoric break-out-and-dance atmosphere, heavily inspired by The Wombats’ new-wave indie-pop sound. Elsewhere, the album leans into clubbier territory on the Jaymes Young-assisted “In The Summer.” Eventually, Fantasy‘s outro, a joint effort with RL Grime, Whethan shows off his percussion chops ...