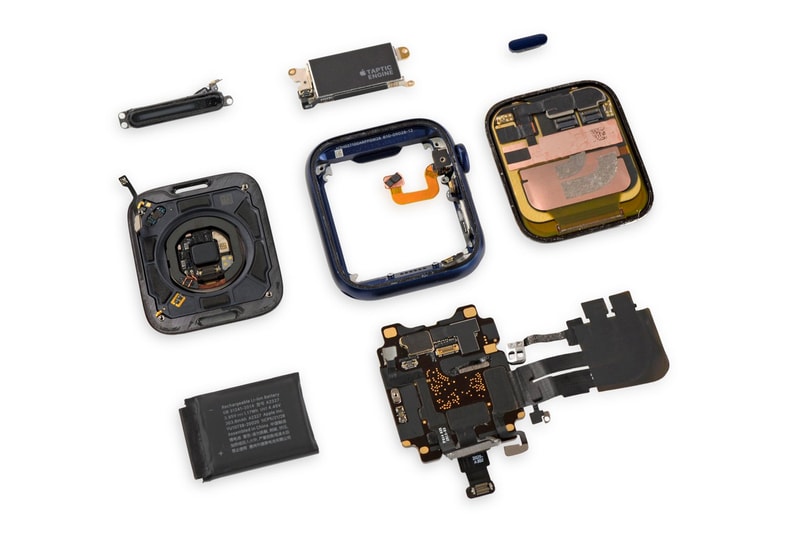 iFixit — a wiki-based platform guiding readers on how to fix their tech devices — recently picked apart the Apple Watch 6, uncovering a bevy of enhancements added to the mold since the Apple Watch 5.

Beyond the watch's new sensor, which measures blood oxygen levels, the device also comes with bigger batteries than the previous-gen counterpart: the 44mm model comes with 3.5 percent higher battery capacity; 40mm, 8.5 percent larger power cell. Despite its increase in size, the battery-life appears to be unchanged — 18 hours on a single charge, according to Apple.

Another highlight of the new watch is the Taptic Engine that's been made with 100 percent recycled rare earth metals and tungsten. Furthermore, Force Touch has been completely removed from the watch, which iFixit claims that it allows for easier repairing.

"We're happy to see a fragile, damage-prone part retired, but sad to see the final nail in the coffin for Apple's nifty pressure-sensitive display technology. We're torn, but we'll call this a win," notes iFixit.

Head over to iFixit's website for the full teardown of the Apple Watch 6.

In case you missed it, Nike Run Club has rolled out new app updates for the Apple Watch.

Images provided by iFixit under the Creative Commons BY-NC-SA license.