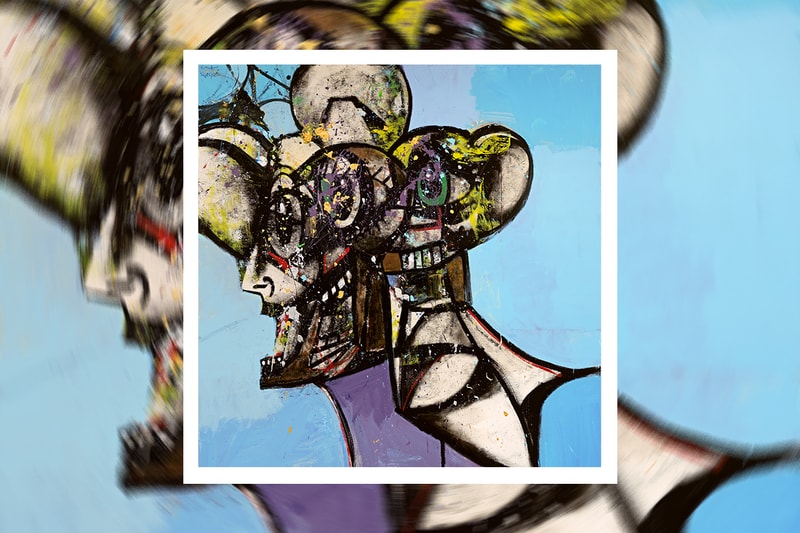 After releasing "The Plan" off of the TENET soundtrack, Travis Scott is set to keep the music coming with a new single, titled "FRANCHISE." Originally previewed under the name "White Tee" during the 10th episode of .WAV RADIO, the song features both M.I.A. and Young Thug. Produced by Teddy Walton and CHASE B, "FRANCHISE" serves as an homage to Atlanta hip-hop crew, Dem Franchize Boyz.

Taking to Instagram, La Flame revealed the exclusive cover art by legendary contemporary American artist George Condo. The special artwork is centered around Condo's "Artificial Realism" painting style that combines traditional European Old Master painting with an American pop sensibility. Ahead of the release of "FRANCHISE" on streaming platforms, Travis is also offering pre-orders for the digital single, deluxe CD and cassette for his new track.

Head over to Travis Scott's website to pre-order your copy before "FRANCHISE" releases September 25.