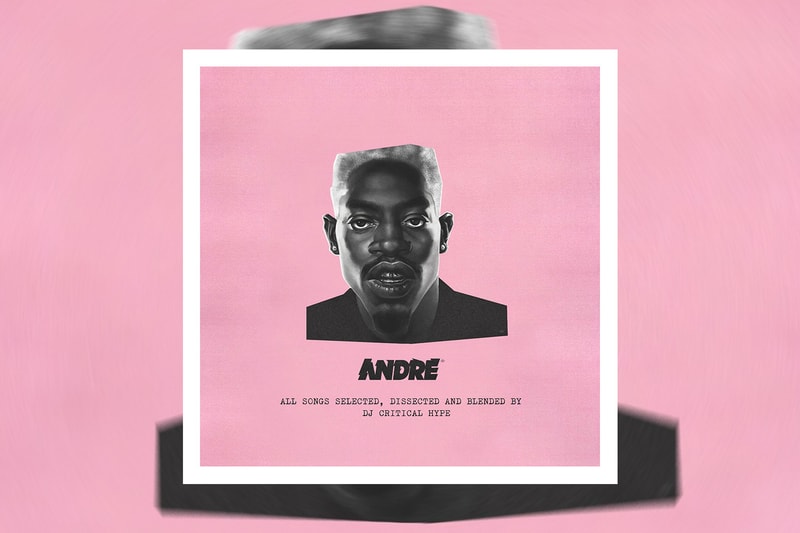 DJ Critical Hype has created some of the most memorable and unexpected mash-up mixtapes in recent memory, blending artists from different stratospheres and timelines in the hip-hop world to make cohesive and original full-length albums. Today he returns with ANDRE featuring some of André 3000's best verses throughout his illustrious career, breathing new life into them through the production of Tyler, The Creator. While the Ian Klarer-helmed ANDRE cover art takes direct inspiration from IGOR, Critical Hype utilizes Tyler's full catalogue through an expansive 34 tracks running 81 minutes.

Other standouts from Critical Hype's discography include the Wu-Tang Clan and 2 Chainz mash-up 36 Trap Houses, the 9th Wonder and Drake project More 9th and the J. Cole and The Neptunes blend titled In Search Of... COLE.

"[Tyler] got in touch with me, which is f*cking crazy. I released the cover art on my social media and dropped a couple short snippets, and I guess Tyler heard about it somehow," DJ Critical Hype told Pigeons and Planes while premiering the project. "In July he DMed me on Twitter out the blue and said, “Dude where the f*ck is the André IGOR?” He sent me two unreleased beats from IGOR -- "WHAT’S GOOD" and "A BOY IS A GUN*" -- and has been mad cool." As for Tyler's reaction to ANDRE, Critical Hype said, "after [Tyler] listened he DM'd me back and said, 'Wow.' It was a short and sweet response but was incredible to hear positive feedback from such an amazing producer."

Some standouts include "Int'l Players Anthem (I Choose You)" getting a remix with "A BOY IS A GUN*" as the backing instrumental, "Elevators" joining with "EARFQUAKE" for an entirely new vibe and "Prototype" over "IFHY."