By Hypebeast on August 5, 2020 in Footwear, General, Style 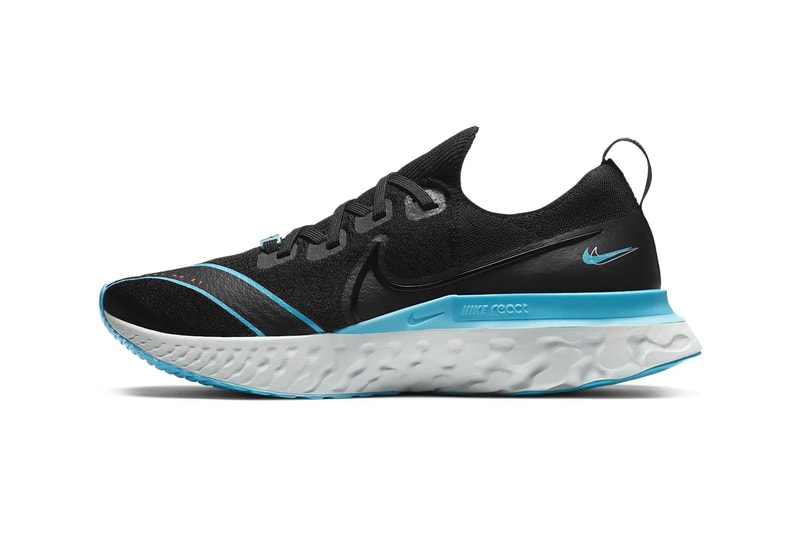 Nike's React Infinity Run Flyknit has been given a striking "Fast City" makeover — inspired by Tokyo's neon lights and its vast transportation network. The new colorway, with its vivid "Blue Fury" accents, is a bold follow-up to an "Orbit Red" iteration seen back in February.

Most of the uppers come in sleek black FlyKnit. Its intricately woven body is contrasted by glossy overlays that take up the eyelet panels, heel, sidewalls and forefoot. Twin mini-Swooshes appear at the rear quarter, complemented by a large tonal Swoosh at the body, while an angular strip with orange "Nike React Infinity" branding, mirroring a font similar to subway signs in Tokyo, is placed along the lateral front. All of these details rest over an articulated React Foam midsole, engineered to provide optimal flexibility and cushioning during runs.

In case you missed it, check out new "Light Lemon Twist" and "Total Crimson" colorways of Nike's Asuna slides.

The Weeknd Announces Posthumous Juice WRLD Collab
Dr. Dre and Nas Spotted in the Studio Together