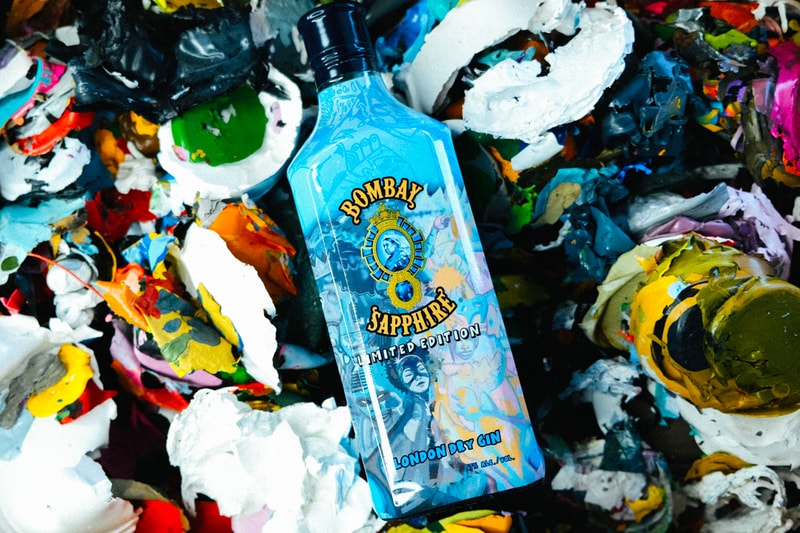 Bombay Sapphire has called in visual artist Hebru Brantley to design a limited-edition bottle of the company's signature gin. This marks Bombay Sapphire's first bottle collaboration with the artist, who the company describes as "one of the preeminent Black creatives at the forefront of culture," building an international name for himself with both public art and solo shows. Big names like Jay-Z, Lenny Kravitz, George Lucas and LeBron James are but a few A-listers who have been collecting the Chicago-based artist's works.

Brantley imagined colorful portraits of two of his original characters to decorate the bottle's rectangular surfaces. Bombay Sapphire notes the vibrant "Afro-futuristic style" of the art that reflects Brantley's "narrative-driven work." The bottle's funnel-shaped upper is etched with fine tonal outlines of mural-like artwork, complemented by the main print below.

Bombay Sapphire's Limited-Edition Hebru Brantley-commissioned edition will be hitting shelves across the U.S. on July 1 and can be purchased at Reserve Bar supporting Black Lives Matter Chicago.

In case you missed it, Quaker Oats has decided to retire its Aunt Jemima brand and logo after 130 years.