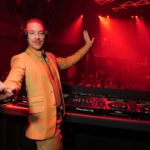 It’s no secret that Diplo‘s career spans the entertainment spectrum. Being a DJ/producer with multiple side projects—one of which just released its debut country album—and label boss on the music side, while also endorsing a TV miniseries entitled “What Would Diplo Do?” on Vicetone. However, he’s finally brought his face (not James Van Der Beek’s) to the big screen, announcing his cameo in “The High Note.”

Out May 29 on demand via Prime Video, Apple TV, Google Play, and more, the film engulfs the Los Angeles music scene, starring Tracie Ellis Ross as a superstar musician alongside Dakota Johnson, Ice Cube, and more. Diplo plays a producer named Richie Williams, and gave Twitter a glimpse of the blinged-out persona:

album drops same day as I begin my quest for movie heartthrob status. @thehighnotefilm out this friday: https://t.co/BpVsTASGC9 pic.twitter.com/rrX48uOioL