By Hypebeast on March 30, 2020 in automotive, General, Style 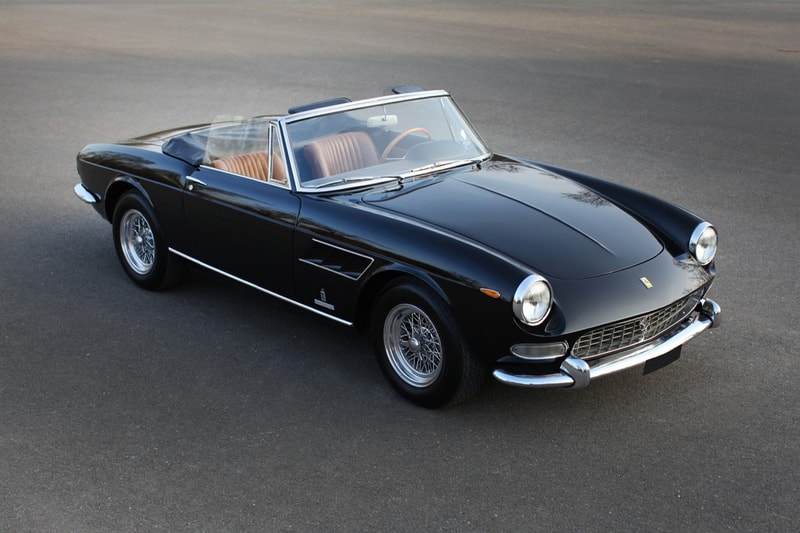 Also designed by famed Italian design firm and coachbuilder Pininfarina, the current car is marked 114th of only 200 examples ever built. Aside from its handsome looks, under the hood sits a GTS Colombo-type 60-degree V12 engine capable of pushing out 260 horsepower at 7,000rpm, only 20 horsepower short of the 275 GTB model. The car was originally supplied to the US market via Luigi Chinetti Motors in Greenwich, Connecticut. Some 20 years later, it would find its way to the UK, its Argento exterior painted over with red, paired with a black leather interior. Shortly after, it was sold to Swiss collector Alain Hotz and stayed in Switzerland until 2007, when it was purchased by the current owner who had the car entirely restored for Roelofs Engineering, earning it the Classiche Certification. With the restoration, the car was painted over in a Nero black and complemented by a Cognac leather interior.

Head over to Auxietre & Schmidt's website to learn more now.