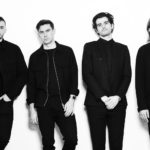 Approaching almost 30 years of existence, drum ‘n’ bass has been loved in international territories far and wide—from its homegrown roots in the UK to widespread European countries, and Australia—but never found quite the same foothold in North America. WORSHIP wants to change that. Comprised of Sub Focus, Dimension, Culture Shock, and 1991, the collective embodies the vision of turning the North American drum ‘n’ bass scene into a reality.

Established in 2017 by Director and Founder Sebastian Weingartschofer, WORSHIP has brought the leading UK drum ‘n’ bass producers under one roof in an effort to attract North American listeners. Welding their combined platforms and artistic distinctions as innovators in their respective scenes, the WORSHIP artists have played over 50 festivals and 200 club shows worldwide and cumulatively amassed more than 216 million Spotify streams in the last year alone.

WORSHIP’s core strategy for catalyzing the North American drum ‘n’ bass movement focuses on the event front in their delivery of top-notch drum ‘n’ bass parties. With emphasis on key cities including Los Angeles, New York, Denver, Toronto, and Vancouver, the WORSHIP tour is showcasing the genre in a revitalized sleekness supported by strongly cohesive visual and production aspects.

Having embarked on the seven-date tour including two sold-out shows and with Steve Aoki‘s photographer Sam Neill in tow to capture it all, WORSHIP also went on to partner with Insomniac’s Bassrush to deliver an exclusive four-way back-to-back performance in the Hollywood Hills prior to their Los Angeles showing. With the second leg of their tour nearing, the likeminded collective are already proving to be one of the most exhilarating drum ‘n’ bass brands to watch in North America.

Dancing Astronaut has delved into a roundtable discussion with WORSHIP about their strategy ...

It Seems A Playable Xbox Build Of StarCraft Ghost Has Leaked
Watch The Delicate Tranquility Of A 2,872 Horsepower Dodge Viper Dyno Pull