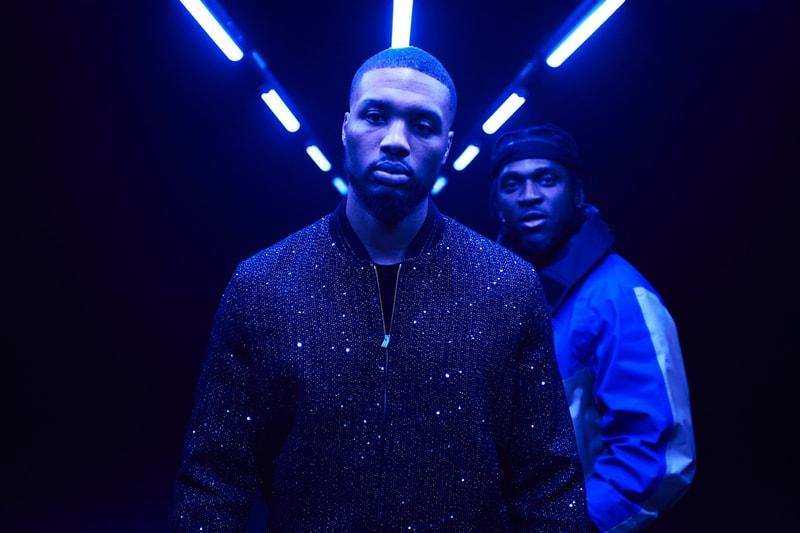 Damian Lillard and Pusha T may have vastly divergent professions — one is a cold-blooded, high-scoring All-Star point guard for the Portland Trail Blazers, while the other is a venom-tongued rapper who's also president of Kanye West's GOOD Music — but they've both risen to the top of their respective fields. Now, team leader and rhyme-slinger have come together to share their successes on a new track dubbed "Check the Scoreboard." Produced by Pharrell, the track serves as an ideal accoutrement to Dame and King Push's collaborative take on adidas's Dame 6.

Over the course of 1:28, Pharrell's knocking beat incorporates everything from swish noises to the sound of a buzzer, while Pusha drops memorable lines like "no splash brothers, I slash brothers" and "they say there's no one that's colder, they say his heart is like polar/'cause he will hit the game winner — bye bye, it's nice to know ya." Although Lillard often moonlights as capable wordsmith Dame D.O.L.L.A, here he mostly dribbles and stares into the camera with a menacing look on his face as Pusha prowls around him. Seen on Dame's feet over the course of the spot, the Pusha T x adidas Dame 6 presents a bold look with special details like dotted midsoles and large printed graphics on top of the lateral quarter. It's available now on the adidas webstore for $140 USD. You'll be able to catch 'em in action during the NBA All-Star Game on February 16 as well.

How I Pack Carry-On Only For A 10-Day African Safari
PSA: If You’re Just Starting Dreams, Leave The Motion Controls On