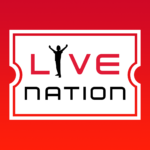 The new allegations stem from six unnamed venues who claim that Live Nation coerced them into using the company’s ticketing service, Ticketmaster. Although LiveNation denies the latest allegations in a statement released to Rolling Stone, the documents filed by the DOJ this week specify multiple scenarios where Live Nation stronghanded venues to use Ticketmaster. In one instance, a venue claims that Ticketmaster’s president himself retorted that the company’s response “would be nuclear” if their service wasn’t used.

Included in the Department of Justice’s court filings were requests for new governmental provisions over Live Nation and Ticketmaster, paramount among them being an “independent trustee” to oversee internal matters.

All six venues involved in the allegations have remained anonymous as to avoid further retaliation by Live Nation.

What Happens to Your Items That Get Confiscated by TSA?
Nissan Is Working On Contingency Plans In Case It Decides To Split With Renault: Report