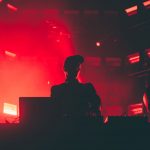 Coachella started 2020 on a high note with the delivery of the festival’s full lineup for the year. Rage Against The Machine, Travis Scott, and Frank Ocean assume headlining duties, backed by an exceptionally well-rounded billing of today’s top hip-hop, electronic, and indie acts. Now, the festival has shared its Yuma tent lineup, which features some of the most enticing dance acts of the year.

Holding down the Yuma tent this year will be deadmau5 performing under his Testpilot moniker, Dixon, ANNA, Peggy Gou, Fatboy Slim, Tiga, and more. While the more mainstream end of the electronic billing will land at Coachella’s famed Sahara tent, Yuma will cater to more underground tastes. From Luttrell to Damian Lazarus, Bedouin to the Martinez Brothers, Coachella’s Yuma tent gives an inside glimpse at this year’s programming breakdown, with more segmented stage lineups likely to follow soon.