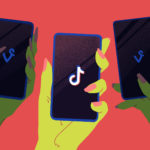 TikTok’s popularity continues to soar, with recent numbers indicating over 110 million app downloads in the US alone. But legal troubles for the video sharing social network continue to mount. This week TikTok’s parent company ByteDance agreed to a settlement of 1.1 million dollars after it was alleged to have mishandled the personal data of its minor users. The million-dollar settlement comes just one day after the lawsuit was filed.

According to the complaint, which was filed in the US District Court for the Northern District of Illinois, TikTok, “in a quest to generate profits, surreptitiously tracked, collected, and disclosed the personally identifiable information and/or viewing data of children under the age of 13— without parental consent.”

In addition to the questionable, if not downright illegal handling of the personal data of minors, the lawsuit alleges that “because the App had virtually all privacy features disabled by default, there were serious ramifications, including reports of adults trying to contact minor children via the App.”

Although a settlement in the millions sounds like big bucks, it’s worth noting that valuations for TikTok regularly breach the 10-billion-dollar mark, leaving many wondering if this is anything more than a slap on the wrist for the China-based app.

TikTok’s recent settlement may be their latest, but it’s far from their greatest, as the company paid out a total of 5.7 million dollars after allegedly violating the Children’s Online Privacy Protection Act (COPPA) in February of this year.