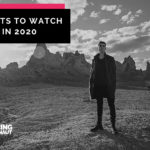 2019 has been an undeniably remarkable year for electronic music, but what will the next decade bring? The Dancing Astronaut team has its fingers on the pulse of the coming months—notably artists who saw an immense upward trajectory in 2019 and are primed for a big 2020. In no particular order, we present our Artists to Watch in 2020 list.

Subtronics had an impressive 2019, boasting a side to bass music unique unto the cyclops army general himself through catchy fills, grotesque sound design, scintillating syncopation, and provoking dubstep arrangements. Known off-stage as Jesse Kardon, the Philadelphia producer rounded the year with a certified viral, festival hit with “Griztronics,” a collaboration with dance music’s lovable, sax-touting, electro-funk Michigander, GRiZ.

Aside from the bigger font size on lineup cards, the sound slinger boasted numerous grade-A collaborations from touted veterans such as Ganja White Night on their “Headband” offer and Rusko with “Bounce.” Other partnerships included the visually appealing “SNAILCLOPS” with Snails and the menacing “Step Aside” with “Midnight Tyrannosaurus.” After success on the festival and streaming stage, the up-and-coming engineer unleashed a furry of audio with his Wooked On Tronics.

Finishing off 2019, the friendly creator is rounding out the year with a Kayzon collaboration, “BRAINCASE.” He of course also has a Zeds Dead collaboration. Get prepared for a thrashing 2020 that can only bring more carnage, because he’s not stopping or slowing down anytime soon.

G-house, tech-house, nu-disco, hip-hop, Wax Motif can sweep it all up in a song with a flick of his wrist. The longtime scene staple has experienced nothing like a shortage on the original release front over the years. But it wasn’t until 2019 that he unrolled official ...