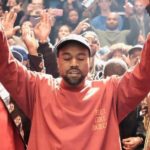 Kanye West released Jesus Is King in late October, and the gospel hip-hop artist continues exploring creative avenues to express his recent religious interests. The uniquely keen mind of Mr. West has dipped his toes in various facets of creation such as fashion, architecture, video documentaries, and now, he’s taking a turn at opera.

Via Twitter, the Chicago producer shared details that read “A KANYE WEST OPERA” engraved in gold above Nebuchadnezzar, the longest-reigning monarch of the Neo-Babylonian Empire. At the bottom of the image had more details such as the director of the performance, Vanessa Beecroft, as well as the location and time—the Hollywood Bowl on November 24. The music will come from Kanye’s Sunday Service choir, plus Peter Collins & Infinities Song.

Aside from his opera, Ye spent his Sunday at Joel Osteen’s Lakewood Church in Houston, bringing his Sunday Service to the infamous mega-church pastor and televangelist’s ceremony. Mr. West also brought his Billboard No.1 to Harris County Jail, where he performed a surprise service for inmates.