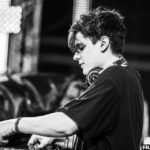 After months of anticipation, Audien’s debut album, ESCAPISM, is finally here, bringing with it tunes like “Escape” with Nomra. G Jones kicks off the weekend in style with an acid mix of “Drift,” and Diplo adds a groovy backbone to Niall Horan’s “Nice To Meet Ya.” CamelPhat and Jem Cooke whip up “Rabbit Hole,” and drum ‘n’ bass powerhouse DJ Fresh taps Doctrine for “Control.” SNBRN brings the bass with “DMs” featuring Lucati and 1993, and Blasterjaxx links with Junior Funke for “Monster.” Grabbitz delivers another dynamic single on Ultra Music, “Roam With You,” and Nora En Pure continues her tour de force with “Fibonacci.” The Glitch Mob and 1788-L drag listeners to the depths on “Momentary Lapse,” and Tritonal and Henry Dark deliver “Shivohum.” The Chainsmokers release “Push My Luck,” and Dada Life take no prisoners on “Table Flipping Machine.” Friend Within can “Feel It” on his latest, and MUST DIE! unleashes some formidable dubstep on “FUNERAL ZONE.”

The Best Hidden Features in Google’s Pixel 4
What’s The Worst Thing You’ve Ever Seen While Flying?