By Hypebeast on November 8, 2019 in Design, Editorial, General, Style 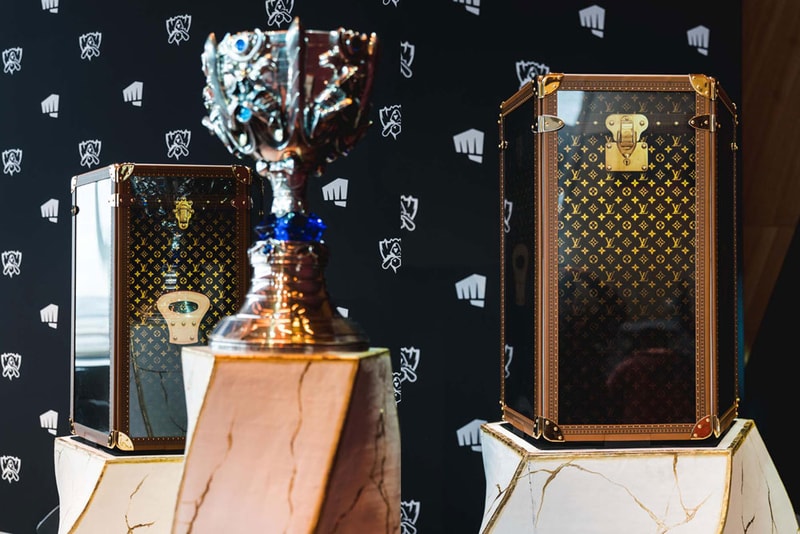 Following the reveal of its in-game skins, Louis Vuitton has teamed up with the League of Legends WORLDS tournament to design its recently revealed championship trophy case. It took over 900 hours of work to create and utilizes state-of-the-art hi-tech elements within the build. Although the League of Legends WORLDS finals in Paris won't take place until November 10, HYPEBEAST France was able to talk with the design team of Louis Vuitton who has imaged Summoner's Cup's unique trunk. HYPEBEAST France: Louis Vuitton imagined the monogrammed box in which the Summoner's Cup rests. What was the inspiration for this box?

Louis Vuitton: The idea was to have a trunk that combines the traditional know-how of Louis Vuitton and ultra-modern high-tech elements inspired by the world of League of Legends.

What are the visual elements visible or even hidden imagined especially for this trunk?

This exceptional and unique trunk has been designed with high-tech elements such as screens on each of the 5 sides of the trunk, ultra-powerful LEDs lining each panel and a smoke machine to meet the needs of the show waited at the ceremony of the final League of Legends WORLDS. The trunk is also equipped with a mechanism developed to measure to allow the automatic opening and closing of the panels as well as raising the trophy to put it in "light".

The trunk is the emblem of Louis Vuitton know-how. It is, therefore, an encounter with a new kind; e-sport and an iconic piece of LV. Why did you choose to bring these two worlds together and were there any challenges to make them meet on this piece?

This meeting took place naturally. Louis Vuitton has transported the most prestigious sports trophies in the world (America's Cup, FIFA, Roland Garros ...) and has always been ...