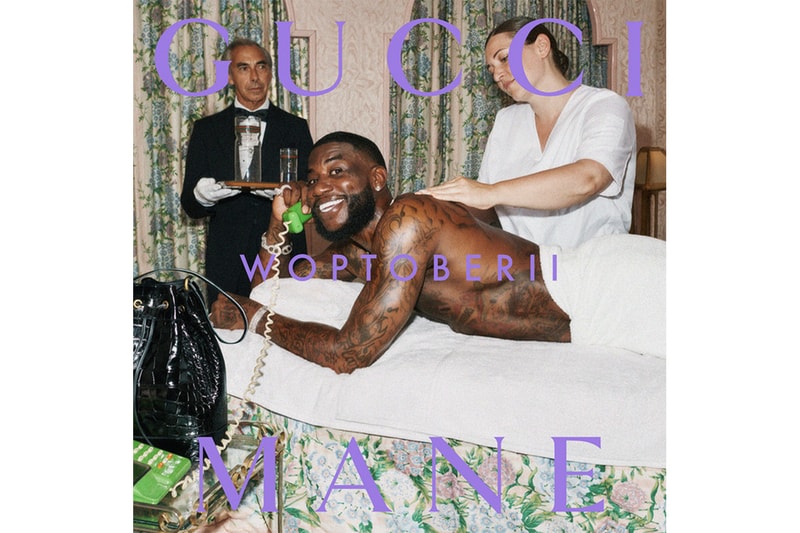 Just months after releasing his 14th studio album Delusions of Grandeur as well as his recent partnering with Gucci for its recent Gucci Cruise campaign, bricksquad frontman and Atlanta trap overlord Gucci Mane has returned with his 15th studio album, Woptober 2. The follow-up to his acclaimed 2016 Woptober mixtape, Guwop’s latest release is the third full-length project he’s dropped in the past year.

Woptober 2 sees Gucci Mane reprising his role as the pioneer of trap, further digging into his idiosyncratic delivery that promotes his Southern-tinged cadence, continuing his penchant for lyrical wordplay that has helped in catapulting him into one of hip-hop’s most fervent acts. Clocking in at 13-tracks, the project enlists a range of features from DaBaby, Takeoff, Quavo, Megan Thee Stallion, OJ Da Juiceman, and many more. In a recent interview with Apple Music's Zane Lowe, Guwop equally shared his thoughts on the project:

You can stream Gucci Mane's latest project, Woptober 2, below.