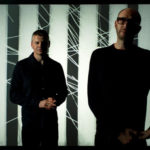 In anticipation of the Anniversary Edition of their third LP, Surrender, The Chemical Brothers have released two new mixes of the album’s lead single “Hey Boy Hey Girl.“

The 1999 original represents The Chemical Brothers at their pinnacle, fusing ’60s psychedelia with the electro-rock sound that permeated the English rave scene just a few decades later for something as fresh as it was weird. The first remix of the track comes through The Chemical Brothers’ very own Secret Psychedelic Mix, which for better or worse falls closer to the ’99 sound of the original than something with today’s aural palate. Some listeners may be turned off by the weight that the analog synths carry in the track, but their hypnotizing effect, paired with the slow churn of the slapping percussion make for a five-minute tune that’s easy to get lost in.

The Kink remix, however, is the techno romping take needed to launch “Hey Boys Hey Girls” onto the modern dancefloor, as proven by Peggy Gou at this year’s Glastonbury. A beefier kick and careening synths update the classic rave track, surely, but also lend a hand in preserving the raw power of the attitude-infused original.

Surrender‘s 20th Anniversary Edition is expected to release on CD and vinyl Nov. 22 and includes additional remixes from Sasha, Soulwax, Gentleman Thief, and Futureshock as well as unreleased cuts from the studio floor.

How Do I Get Safari to Use 1Password Instead of Keychain?
Fondation Louis Vuitton Celebrates French Designer Charlotte Perriand With Extensive Retrospective