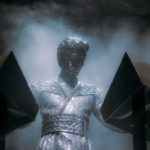 Gesaffelstein surprised the world once again by announcing on Oct. 3 that a new six-track EP would be released the following day. Also making this NMF particularly fiery is a new tune from JOYRYDE, “SELECTA 19,” and Pryda’s new 13-track collection. deadmau5’s here’s the drop remix LP has finally arrived, including remixes from artists like Rinzen, and NGHTMRE and Grabbitz have joined forces to deliver the irresistibly catchy “Bruises.” Kaskade’s new Redux compilation has arrived, featuring songs like “Lose Control” with Brohug, and Zeds Dead have remixed Oliver Tree’s “Miracle Man.” Arty brings weekend bliss with his new single, “Daydreams,” and G Jones drops off a new single, “Dark Artifact.” Armin van Buuren and Matluck keep the upbeat days of summer moving with “Don’t Let Me Go,” and Golf Clap reveal their spicy remix of Destructo’s “Bassface.” The Glitch Mob link with LICK for the dramatic “System Bleed,” and Pegboard Nerds and NERVO come together for “Crying Shame.” Goldroom continues to reveal tunes from his forthcoming LP, including “Just Like A Dream,” and Party Pupils, Louis Futon, MAX, and TOBi deliver a mega-collab, “One Two Things.”