By Hypebeast on September 11, 2019 in Fashion, General, Style 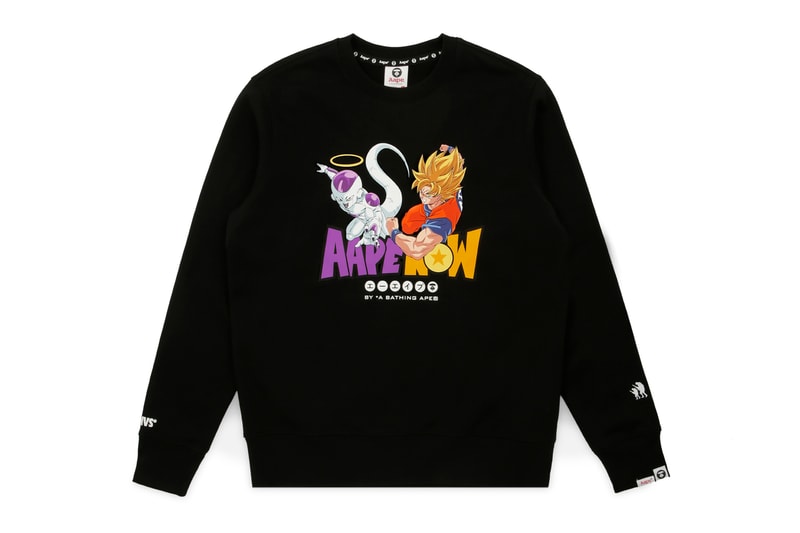 Having released a graphic-heavy capsule earlier this year, AAPE by A Bathing Ape is now readying a second drop for its well-received Dragon Ball Super: Broly collection.

Just like the previous range, the lineup will include both pull-over and zip-up hoodies, crewnecks and T-shirts all emblazoned with various Dragon Ball characters from the hit Toei Animation film. Goku, Frieza, Vegeta and Vegito are all featured on the blacked-out items, which also include special prints of Goku performing “Kamehameha” and Vegeta alongside Super Saiyan God. Additionally AAPE's classic camouflage print, MOON FACE insignia, "AAPE NOW" slogan and various other Dragon Ball details are perfectly merged throughout.

The second AAPE by A Bathing Ape Dragon Ball Super: Broly capsule will be available starting this Saturday, September 14 at select AAPE store locations around Asia. Each piece will also be available in kid's sizing.