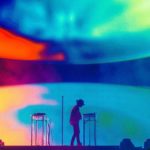 Excluding his immortal collaborative effort alongside Porter Robinson, “Shelter,” in late 2016, a four-plus-year interlude reverberated without any original material from the Madeon headquarters.

Nonetheless, the French native had already inscribed his indelible earmark on the wall of electronic music eminence long before he had (by most standards) reached adulthood. At the ripe age of 17, Madeon curated what many would consider the magnum opus of mashups in electronic music, “Pop Culture,” wherein he fused 39 of his favorite charting tracks via his Launchpad controller. The amalgamation’s live rendition, as of today, sits at a staggering 50 million YouTube hits; though it accrued viral status in mere days.

Following back-to-back EP releases in the subsequent years, Madeon formally demonstrated that he could not be further removed from one-hit-wonder discourse, as he put forth his accolade-abundant freshman project, Adventure. Not long after it reached shelves, Madeon’s debut LP has been widely regarded as one of electronic music’s signature releases. The album left his globally dispersed fan base to at a loss as to how such an endeavor could be eclipsed.

But this past March, all suspicion of what Madeon had been plotting during his absence from solo work reached long overdue fruition, when he announced that he would be unveiling a never-before-seen live experience at Lollapalooza 2019. Following months of well-warranted speculation following the cryptic teaser, Madeon began to inch back the curtain on the musical masterpiece that he was meticulously etching to perfection behind closed doors. Judiciously stamped, Good Faith, Madeon’s sophomore album proceeded to spawn back-to-back, contrasting yet equally enticing, productions. The first was ushered in by a strategically surreptitious billboard in Los Angeles, in May of this year. Since, the pair of releases, “All My Friends” and “Dream Dream ...