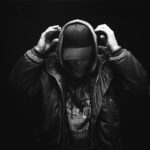 Few have been able to retain the scene’s ephemeral attention span as long as JOYRYDE has. As the protracted wait for his debut album BRAVE, continues, anticipation has grown exponentially feverish. With the official LP announcement moved from its initial OWSLA housing to a HARD Recs‘ February launch, the bass house pioneer has since given the world a taste of two impending album tracks, “I’M GONE” and “YUCK,” thus far. Now, he he has revealed the third single, “MADDEN,” a quintessential ode to the JOYRYDE sound that landed him a spot at the top of the electronic agenda a handful of years ago.

Inspired by a vision of a Lamborghini and constructed with sonic dexterity, “MADDEN” opens with a soulful sample of Method Man’s “Release Yo’ Delf” before catapulting into a futuristic high-octane breakdown. The tour-tested track returns to JOYRYDE’s signature palette of industrial, speed-driven bass house elements.

“After seeing the movie The Wolf Of Wall Street, I knew I wanted to do something with a Lamborghini Countach. It’s such a beautiful, scary thing that no one ever gets to see in person. On July 26th we had 2 of them on stage at my show in the Hollywood Palladium in Los Angeles. It was a dream come true to do something like that…” says JOYRYDE in a recent press release.