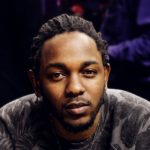 Kendrick Lamar‘s good kid, m.A.A.d. City was released in 2012 and has stayed on the Billboard 200 chart ever since for a grand total of 350 weeks on the prolific album ranking system. This streak has tied the record set by Eminem‘s The Eminem Show, so one more week and the project that has brought us “m.A.A.D City,” “Swimming Pools,” “Backseat Freestyle,” “Bitch, Don’t Kill My Vibe,” “Money Trees” with Jay Rock, “Poetic Justice” with Drake, “The Recipe” with Dr. Dre, breaks the record for most consecutive weeks on the Billboard 200 for a hip-hop album.

The album was nominated for five Grammys and thrusted the Compton-raised rapper into the limelight with the outlier success brought by his debut major label long play. Billed as concept piece, the story follows the life of a young Lamar living in the drug-infested and gang-riddled streets of his hometown.

Currently sitting at number 140, it doesn’t look like the project will drop off the Billboard 200 anytime soon, and it looks like this will be another notch in the artist’s long list of musical achievements.

What Would You Rate The Air Jordan 1 Retro High OG Fearless?
We Went to the Moon Way Sooner Than We Should Have and That’s Amazing