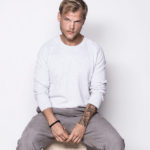 Avicii has graced the number one spot on the Billboard Dance Club Songs chart once again, this time with the Aloe Blacc-assisted “SOS.” The track was the first to be released from Avicii’s posthumous album TIM, and it has since garnered over 280 million streams on Spotify alone. “SOS” is the first track from the album to reach No. 1, and it is Avicii’s seventh track of all time to top the chart. TIM itself hit No. 1 on the Billboard Dance Club Chart soon after the album’s full release in June. It was his third LP to reach the position.

Past No. 1 single releases have included the likes of the inescapable “Levels,” “I Could Be The One” with Nicky Romero, “Hey Brother,” and most recently, “Addicted to You.” Now, Avicii’s “SOS” becomes a worthy addition to the list of chart-dominating releases the late producer has yielded.