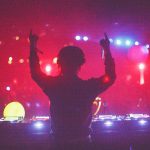 After Kendrick Lamar released ‘Humble’ in 2017, a steady stream of remixes from EDM artists followed. One that particularly stood out came from the grand-daddy of dub, Skrillex. Almost two years later, Skrillex’s remix remains relevant and serves as inspiration to one drummer who released another killer rendition of the track.

Victor Singer, originally from France, has taken it upon himself to give Lamar’s ‘Humble’ another makeover. Singer, now residing in Los Angeles, released his drum cover on his YouTube channel and it slaps just as hard as the Skrillex remix. The video showcases Singer’s incredible talent while paying homage to the original artistry of both Lamar and Skrillex.

Check out more of Victor Singer’s drum covers on his YouTube channel. F