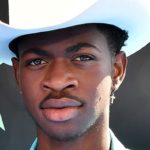 Few songs in history have dominated the zeitgeist like Lil Nas X‘s ‘Old Town Road,’ and now there is considerable data to support that statement. This past week, the country-rap crossover hit featuring Billy Ray Cyrus sat atop the coveted Billboard Hot 100 singles chart for a record thirteenth week.

This is the longest any rap single has led the chart, beating out past monsters like ‘See You Again,’ by Wiz Khalifa featuring Charlie Puth, in 2015; ‘Boom Boom Pow,’ by The Black Eyed Peas (2009); and ‘Lose Yourself,’ by Eminem (2002-03). Beyond breaking rap records, only 11 other singles in history share this record, the last of which was Luis Fonsi and Daddy Yankee‘s ‘Despacito‘ which featured Justin Bieber.

‘Old Town Road’ also currently leads the Streaming Songs chart for the thirteenth week with 88.7 million streams in the U.S.. It’s on top of the Digital Song Sales chart once again as well with 59,000 downloads sold.

The song was already enormous prior to this record-breaking week, but an honest admission at the end of Pride Month from Lil Nas X that he is, in fact, gay gave the single an even bigger bump to close out June.

Brooke Candy, Charli XCX & Maliibu Miitch Connect for “XXXTC”
Steel Division II, So Close To An RTS Classic, And Yet So Far