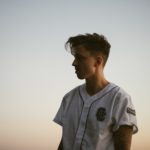 Each week, New Music Friday sweeps through with torrential force, showering streaming platforms with immeasurable amounts of new tunes. Just like Dancing Astronaut rounds up 25 of the biggest songs of the week for the Hot 25 Spotify playlist each New Music Friday, Lunar Lunes serves as a landing pad for SoundCloud users who want a whole new dose of tunes to kick off the work week.

After teasing a set of IDs, Big Beat Records has unveiled a brand new compilation, topped off by a major collaboration between Ekali and YOOKiE called “Jundo.” To celebrate last night’s Game of Thrones kickoff, Party Ghost has delivered a powerful edit of the show’s theme song, and A-Trak continues his bootleg series with “Trizzy Says.” NGHTMRE and A$AP Ferg roll out the red carpet for their “REDLIGHT” VIP edit, and Crankdat unleashes a new single, “Do You Mind.” LSDREAM and Varien team up on an epic new track, “Phoenix,” and Duumu returns to Monstercat with Pauline Herr for “You Say.” PhaseOne and Modestep deliver “Mayday” on Disciple, and Enamour brings “Run Away” to Lane 8‘s This Never Happened. Dimitri Vegas & Like Mike and Bassjackers team up for “You’re Next.” Slow Magic brings his magic touch to PLS&TY‘s “Motives.” Figure and Dakota bring the drum ‘n’ bass to “Cosmic Ray Drum,” and GANZ taps Jantine for “Carry Me.” ZAXX creates an anthemic new single with “Stay Here,” and Low Steppa brings blissful house vibes to “Lift Me Up.”

The selection is updated every Lunes (Monday).

BMW Motorrad Boxer Engine Gets Reimagined With Geometric Design
The Volkswagen I.D. ROOMZZ Concept Has Room for Days and 280 Miles of Electric Range