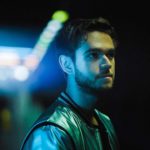 Zedd‘s newly released collection of “365” remixes is proof that the producer is on a musical mission to draw his listeners to the dance floor. The four-track remix pack features takes from Jonas Aden, Ellis, KUURO, and of course, Zedd himself, as the established hit-maker submits a an electrifying rework of his original production. The group of remixes kicks off with Zedd’s revisionist effort, an extended revamp with considerable sonic horsepower.

Zedd’s alternative version of “365” departs from the radio-friendly construction of the original in many ways. The four-on-the-floor beat arrangement, the rousing build that Zedd develops at the beginning of the track, the bass grounded drop that ensues, and inverted, looping vocal cuts from the original all serve as examples. Long-term Zedd listeners will hear elements of Zedd’s early electronic style audible in this “365” remix, which materializes as Zedd’s refined return to his dance driven roots, with a deeper, house  inspired twist.

The exhilarating character of Zedd’s opening endeavor extends to the remaining three inclusions of 365 (Remixes). Jonas Aden and Ellis’ remixes quicken the original’s BPM count, to amplify the affective power of “365.” The remix collection closer, KUURO provides a formidable finale to the four-cut showing.

13 releases second EP of the year, ‘Revelation,’ off mau5trap
The 2020 Kia Telluride Is Really Big and Really Good