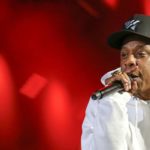 After months of anticipation, Woodstock 50 organizers have at last shared the full lineup for the festival’s half century anniversary. John Fogerty, Santana, Country Joe McDonald, Canned Heat and Hot Tuna, and John Sebastian, who all appeared at the 1969 event will perform at Woodstock 50, in homage to the festival’s original lineup. The Grateful Dead, who also graced Woodstock’s 1969 lineup, will take the stage at Woodstock 50 as Dead & Company with John Mayer.

“Woodstock ’94 was a nice mix of young and old and that’s kind of what we’re going for here,” festival organizer Michael Lang told Rolling Stone. Woodstock 50 will take place from August 16-18 at Watkins Glen, New York. Tickets for the landmark anniversary event will go on sale April 22. More information about tickets can be found on Woodstock 50’s official website.

This, Apparently, Is the Optimal Driving Position
Stick With This Deal on a Gallon of Elmer’s Glue For Slime-Making Purposes