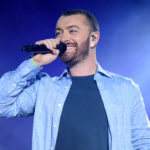 International superstar vocalist Sam Smith is blazing new trails. The singer, who has credits on a slew of pop/dance mega-anthems like  Calvin Harris‘ “Promises” and Disclosure‘s still-inescapable “Latch” among many others, came out in 2014 as gay. Nown in a new interview with The Good Place actress Jameela Jamil, Smith has come out as non-binary and genderqueer.

Smith, appearing on Jamil’s new Instagram interview concept, I Weigh, explains that he doesn’t identify with one single gender, elaborating, “You are a mixture of all different things, you are your own special creation. That’s how I take it; I’m not male or female, I think I flow somewhere in between. It’s all on the spectrum.” Smith cites a disconnect between his brain and his body, though through his personal experience learning about non-gender-conforming communities, Smith explains he felt a connection to other genderqueer people who have already navigated their own coming out journeys. Says Smith,

“When I saw the nonbinary, genderqueer, and I read into it and I heard these people speaking, I was like, ‘F***, that is me,'”

In recent years Smith has alluded to his gender fluidity, though he’s never publicly given such an open insight, previous to Jamil’s interview. Watch the full interview below.

In the premier episode of I Weigh Interviews, Jameela Jamil discusses fame, body image and the daily practice of self acceptance with musician Sam Smith.