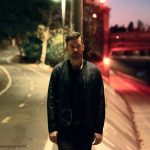 In January it’s typically easy to tag an artist’s new release as their “first track of the year.” But for UK electronic consummate Bonobo, “Ibrik” is his first original release in nearly two years. It’s not just the release of new material, though, as the single’s release through fabric Worldwide is the just the start of Bonobo’s endeavors in 2019. As London’s leading nightclub, fabric will celebrate its 20th anniversary with a slew of fabric XX events and an extensive revival of its Fabric Presents mix series. Fabric Presents is the next generation of its infamous FabricLive series, in which artists contribute both new music for individual single release, as well as releasing a mix in full.

Bonobo will both perform at such events and be apart of the mix series, kicking things off with “Ibrik.” It’s beautiful, melodic downtempo in true Bonobo form, ready to leave fans to impatiently wait for the impending full project.