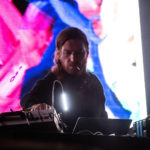 A city with a vibrant music scene and appreciation of electronic music, Mexico City has become a hotspot for touring electronic artists in recent years. Returning for the 2019 iteration of the event, Mexico City’s Ceremonia Festival has announced an exceptional lineup including performances from Massive Attack, Aphex Twin, and more.

In addition to the exciting headliners, Ceremonia has brought an eclectic array of electronic and indie talent to their esteemed festival. Jon Hopkins, Kaytranada, DJ Koze, and Modeselektor will provide a day full of grooves, as rebellious Russian punk rockers Pussy Riot and the unbelievably funky Khruangbin will hold down the fort with live band performances. With acts crossover acts like Yaeji, Rosalía, Ambar Lucid, and serpentwithfeet rounding out the lineup, Ceremonia is bringing a variety of must-see talent to Mexico City this April.