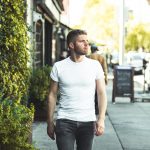 Mainstay Morgan Page kicked his career off with Grammy nominated “The Longest Road,” and he hasn’t looked back since. He has become known for euphoria inducing tracks with polarizing vocals, and this sets his music apart from formulaic commercial crossover tracks. He has managed to achieve this while retaining the ability to create singles that work for radio play and live performance alike.

2018 has been a big year for the producer, both personally and professionally. Page had a new addition to his family, daughter Bea. He also switched over to Armada Music exclusively, where he released a three track EP, Born to Fly. It is also the ten year anniversary of “The Longest Road,” so to celebrate, artists ranging from Vicetone to Steff Da Campo put their on spin on the original to celebrate.

In addition to his original releases, Page has been producing his own radio show for years, In The Air, which was named after his 2012 13-track album. He is on his 446th episode of the radio show series, and he spoke exclusively with Dancing Astronaut on what the series means to him, and how it has evolved over the years. Page says, “I can hardly believe it’s already been over 8 years of doing a mixshow. It started as a podcast only, and morphed into a weekly Sirius XM slot and globally syndicated show. Radio has always been in my blood, so it’s an honor to keep doing the show, and presenting my favorite music every week.”

Episode 446 takes the listener through some of the biggest hits coming out of 2018 with everything from FISHER‘s “Losing It” to Axwell and Ingrosso‘s “Dreamer.” The one unifying theme of the mix is that it is the perfect track to get a Saturday ...