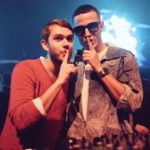 2019 is already shaping up to be a big year, with rumored full length studio albums coming from a host of top-tier stars. Recently, in a now deleted Instagram post obtained by Pop Crave, Polydor Records, the European distribution arm for Interscope records, posted a photo that may have spilled the beans on a number of marquee LP’s on the way from the likes of ZEDD, DJ Snake, Kendrick Lamar, Lady Gaga, and Billie Eilish among others.

The post was quickly taken down, suggesting either Polydor revealed secret information by accident, or the post’s contents were simply inaccurate. With Lady Gaga spending time in the studio with Boys Noize in 2018, DJ Snake’s intermittent teasing this year, and Kendrick Lamar’s perennial album rumors, chances are the latter is the case. Some of the artists named on the image have already confirmed projects underway, somewhat legitimizing the post too. Whether the now-deleted post pans out or not, expect a grip of exciting studio projects throughout 2019.