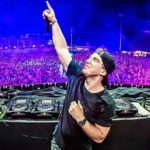 Since it’s been a few months since Hardwell played his final live show following an official announcement that he’d retire from touring, now feels like the perfect time to revisit the hectic sets and infectious sounds that catapulted him into notoriety. His BBC Radio 1 Essential Mix from 2012 captures this iconic aesthetic perfectly, featuring “Apollo” and other original works that would later become the some of the heaviest weapons in his crate, plus other gems of the time like  Porter Robinson‘s “Language.”

The artist gives fans insight into how he got his start during the introduction per usual Essential Mix protocol, reflecting that his style is between progressive and electro house and noting that he signed to his first label at just 14 years old. Although he has recently stopped touring, Hardwell is still producing music — meaning the wild energy fans have grown to love will live on through his original releases.

$199 For a PS4, Red Dead II, and a Bonus Controller Is the Best Deal of Cyber Monday
Once Upon A Deadpool (Trailer)