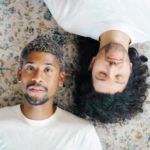 Original member of the Odd Future rap outfit, Hodgy teamed up with OWSLA vet, Alvin Risk to create a collaboration alias named HA earlier this year. The debut of their new project came in the form of a single release, and now the duo have come out out with a second track titled “Precious.” HA’s output is much different than fans would likely expect of Risk, with his work under the alias exemplifying how starkly diverse his production abilities range.

Risk writes on his Twitter, “The song we’re putting out next resurrected me. So proud of Hodgy. Can’t believe we made this.”

A tropical drumline opens with Hodgy’s playful chanting cutting in and out of a Caribbean melody. The track is reminiscent of the Black Eyed Peas’s fervent, off-the-wall hip-hop sound during the peak of their popularity, and HA certainly brings something scrumptious to the table for both artists’ listeners.

Werk Magazine x The Salvages Popup Installation at RYSE Hotel
Since we are setting our clocks back an hour this evening, I will be using my extra hour to sit quie