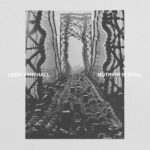 British deep house and downtempo producer Leon Vynehall released a brand new album, Nothing Is Still, that sees him delve deeper into the function of genres and LPs than ever before, out now through the storied UK label, Ninja Tune.

Dedicated to Vynehall’s grandparents and largely contextualizing their move to America, Nothing Is Still is an album of immense scale, both physically and through the wonder it examines.

Vynehall has released just two extended EP’s thus far, including his 2014 breakthrough Music For The Uninvited — a record inspired by funk, soul, and old hip-hop tapes — as well as his 2016’s Rojus (Designed To Dance) EP, which built on the stylistic depth of luscious ambient music with a dance-centric rewiring.

Nothing Is Still is defiantly atmospheric and textural, and it finds the artist harnessing his passion for early contemporary minimalist composers like Gavin Bryars, Philip Glass, Steve Reich, and Terry Riley. Through this meeting of the classical greats, Vynehall rewires just how downtempo music can meet dance music, and manages to carve out his own musical niche along the way.

Under the spell of newfound collaboration, Vynehall shatters the expectations for dance albums of the modern day. Nay the phrase, “introspective dance.” Vynehall is masterful in the album’s instrumental amalgamation and its influence of his familial lineage. Nothing Is Still surpasses a singular sonic worldview and quite elegantly, Vynehall brings to album’s collapsing bridge cover to life. By connecting what many associate as the music of the past to a reinvention and contextualization in the present, Vynehall challenges the perception of musical worldviews as we know them. If more artists continue to do the same, the dance music album will live out a long, prosperous lifetime — and who wouldn’t want that.