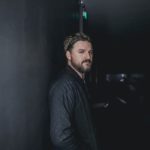 Solomun has been able to maintain the wide revere he solidified when Mixmag named him “DJ of the Year” in 2012. The Bosnian-German artist shot to stardom, crafting a unique brand going beyond his personal music with his Diynamic Music label in tow. He’s maintained such status as a leader of the underground world through infamous events and remixes that are an immediate, immersive trip down the rabbit hole to the deeper corners of house music. All this, despite not having released any new original music of his own in nearly three years.

That notion is about to change. To celebrate the one hundredth release on Diynamic, Solomun is bringing the music himself on a three-track EP entitled Customer Is King. Due out July 13th, the EP begins with classically entrancing progressions on its title track, quickly heading into an homage to West Coast hip-hop’s greatest on the quirky, acidic and aptly named “Dre.” “Ich Muss Los” – which translates to “Good to Go!” in English – closes out the EP, with another literal translation of the song’s title into music with its pulsing energy.

While the EP isn’t out for another few weeks, Solomun posted previews to SoundCloud that give us an exact view of what’s to come.