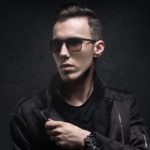 Tom Swoon broke the silence that followed his December 2017 arrest in a new statement that offers fans an update on Swoon’s career, and the current state of his legal proceedings. Swoon was detained by police on December 5, 2017 after driving under the influence of alcohol, causing a fatal accident that led to the death of one person. “I have pleaded guilty and got immediately arrested,” Swoon writes in the post, published to his Facebook page. Swoon now awaits trial.

“I am writing this letter because I want to apologize from the bottom of my heart, first and foremost to the family that has lost their loved one” Swoon continues, “I am also sorry that I’ve let all of you down.” Swoon goes on to acknowledge the “very harsh verdict” that he will soon face, and credits his expected prison sentence as a central influencing factor in his decision to “end the Tom Swoon project.”
“It’s time for me to focus on things way more important than a musical career,” Swoon concludes the announcement, “I am sorry that it all ended so quick…and in such a tragic way.”